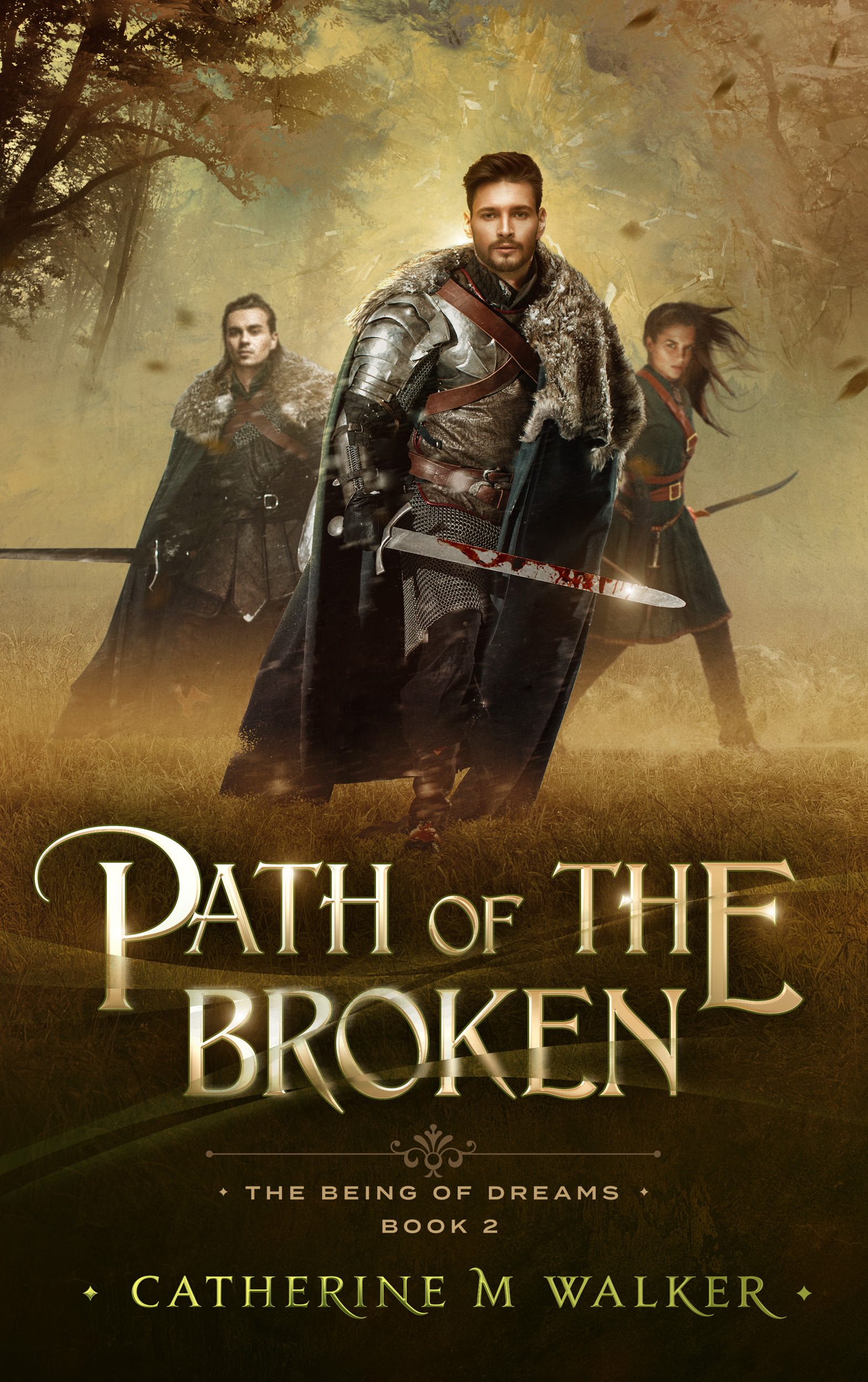 Path Of The Broken

The sword has fallen. The trio of friends are scattered to the winds.

Alex finds himself lost and alone, victim of dark surges of power and alarming gaps in his memory. Jess has found a mentor in a faraway land of mystery, but struggles with her wayward emotions. Kyle fights against bonds not of his own making and as he regains control, finds he has none.

Still the powers arrayed against our heroes march on, furthering their plan to plunge the world into chaos. Some who appear to be allies may pose threats beyond imagining. The ancestor elders of the trio keep secrets of their own. A Healer comes to the royal court to assist the Consort Elect, but where does her true allegiance lie? In the most sacred halls of Vallantia, a traitor hides in plain sight, spinning webs of compulsion and control against which even our heroes will not be immune.

Beyond that, the Killiam Order is set to rise once more from the ashes. As the noose tightens and the conspiracy is picked apart bit by bit, our heroes may just find more than they bargained for.

But the traitors hiding in the shadows won’t sit idly by while their plans are unravelled, and soon strike at the heart of the kingdom in retribution…

Available direct from the Author: (ebook and audiobook)